By the Committee for Performing Arts, 2006

How to determine and document the performing arts of our time? How to present a performing arts canon – something that, in principle, is an impossible task? Perhaps we shouldn’t try? However, every time we came close to giving up, we found that there is something more important than the impossibility of the task. Namely, we refuse to miss out on the chance to pass on experiences within performing arts that mean so much. We want to get the message out: Performing arts can do so much as an art form! Try it! We cannot live without it. Nor do we think that others should either!

They are a result of collaboration with theatre influences from all over the world. Such as when Aladdin brings the Middle East to Dyrehaven, when Bournonville brings La Sylphide to Paris, when Dirch Passer perhaps borrows a little from Las Vegas for his routine, and when Sort Sol are heavily inspired by the German underground
The Committee for Performing Arts

The most fundamental challenge we have faced is to demarcate what the scope of performing arts actually is, and how we can document and present this art form. This is complicated by the fact that the public and actors must be present at the same time, and the work disappears from the real world at the same moment the curtain falls. And by the fact that a performance is never the same from one evening to another.

Of course, there are theatre plays that exist in written form; however, these are often merely a starting point, and are later further arranged both linguistically and dramatically. Think of everything that needs to be added to a script or a choreography in order to bring it to life: interpretation from the director, visual input from the set designer in the form of space, colours, decoration and costumes, input from actors and dancers, make-up, light installation, sound design and musical suggestion.

Finally, the special aspects of performing arts should also be taken into consideration: that it constantly challenges, interprets and brings our cultural heritage to life. The repertoire presented each season is indeed mostly based on existing works. In other arts, this would be somewhat like as if the drawings for the Sydney Opera House were interpreted by new builders every year; as if the film Hunger were re-shot for each new season, and The Fall of the King were rewritten year after year.

In the Canon Committee for Performing Arts we have read, listened, seen and heard, discussed and evaluated. We have argued self-evident, major, peculiar, irritating, surprising and exceptional works against one another. Despite the huge challenges with the nature of performing arts in relation to the task, we quite quickly established some solid preconceptions as to what makes a stage work worthy of a canon. For some premises that we initially were convinced would apply, we quickly found that it was necessary to apply some exceptions. These criteria for a canon work are:

The work must represent an innovation and tell a gripping, common human story, that goes beyond its time. It must challenge the public and theatre folk of today and must have proved itself durable in the real world and represent a unique creation. It must be able to be performed today and impart some meaning to those who wish to tell the story, but first and foremost to the audience who will receive, take it away and use it. However, most importantly, the work must have that special quality that almost screams to be staged and comes particularly alive in its meeting with the public.

In defining an era, we have elected to refrain from choosing works from the last decade, because these newer works have not yet shown their durability. Also – and more importantly – because current extremely able dramatists and choreographers, in our opinion, have not yet created their greatest works. We believe this is worth waiting for! If this means that modern dance and new breakthroughs in performing arts are not included in the canon and that, for example Line Knutzon, Katrine Wiedemann and Tim Rushton are conspicuous in their absence, then that’s the way it has to be. We are convinced that they will take their place in a few years when a new performing arts canon is created.

As we began to apply our canon criteria to reality, the problems began to make themselves clearly known. Our criteria harmonised well with drama that has literary qualities. But what about performance theatre and all of the new, visual technological multimedia theatre pieces? What about pure comedies, revues, musicals and popular theatre? All of these live for the moment. Much of the theatre that characterises the state of current theatre is impossible to document and argue for in relation to perception of traditional works and canon concept. At the same time, it is crucial to maintain diversity and multiplicity.

Ultimately, we decided that we had to make some important exceptions and highlight certain works that cannot be performed again; works that were typical of their time and are gone. How do we give experiences that no longer exist to coming generations? And why select these types of works at all?

We would like to have had even more of these special performing arts experiences included: if, for example, Hotel Pro Forma’s ‘Operation: Orfeo’ and Cantabile 2’s ‘Helvede’ are not found on the list, this is only due to the extremely strict prioritisation of the 12 places!

We want to showcase the unbelievable experience potential in all of the vigour, power and diversity that is found in performing arts. We also want to underline that while the works are indeed Danish, they do not exist in a vacuum. They are a result of collaboration with theatre influences from all over the world. Such as when Aladdin brings the Middle East to Dyrehaven, when Bournonville brings La Sylphide to Paris, when Dirch Passer perhaps borrows a little from Las Vegas for his routine, and when Sort Sol are heavily inspired by the German underground. However, perhaps most of all, the many universal human stories that are told in performing arts fundamentally contain the same depth, love and pain, regardless of whether they are performed in Copenhagen or Verona.

We hope that those who use the canon will see this and find fertile ground to discuss ingrained perceptions and, in this way, contribute to a broadly founded debate on what performing arts are and what they can be used for in the year 2006.

We do not imagine that this canon for performing arts presented here will last to the end of the century. Rather the opposite. Theatre constantly challenges us, interprets and brings to life our cultural heritage and represents a dynamic performing arts canon every single season when a repertoire is planned and tickets are sold.

Performing arts are only found on the stage, where they only exist in the moment and in their encounter with you, the audience. Be there when it happens! 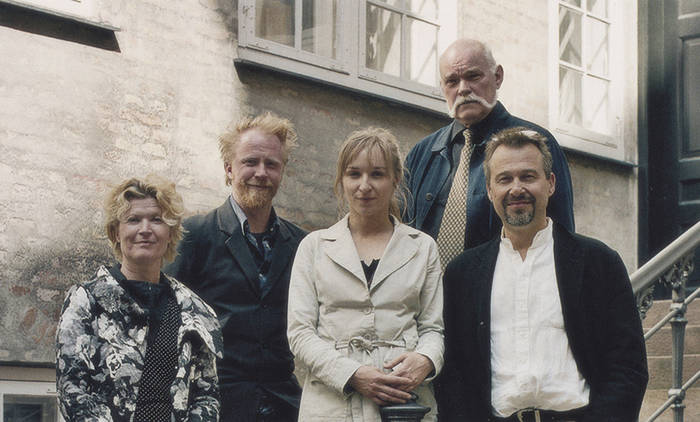 See all the works in the canon for Performing Arts

Do you want to know more