At a time where the mainstream, for good or ill, sets the cultural agenda, it has been crucial for the music committee to remind people of the scope of and the constant inner dialogue in Danish music. From Weyse’s Morgensange and Aftensange to Carl Nielsen, Rued Langgaard and Golden age Jazz to ‘I Loved You (Dansevise)’, Kim Larsen and TV-2. The committee has therefore presented two lists, one containing popular music and one containing musical scores. The two lists shall, however, be considered as a collective whole. Without Carl Nielsen, there would be no Kim Larsen, and so on. The committee has considered the task as an alternative to the increasing promotion in our times of artists’ biographies at the expense of their works.

Throughout, we have focused on the idea that a culture canon is first and foremost a portal to inspiration and further interest, where each work points towards other, related works within its genre
The Committee for Music

We began by considering that music – including Danish music – can be divided into at least three principal areas: written music (musical scores), recorded music (that we, in absence of a category, use as an abbreviation for ‘popular music since the First World War’) and orally sung music (folk music, folksongs, ballads, children’s songs etc.). In the full knowledge that it is mixed forms in particular that help to create life within music.

In connection with the task, for both musical and cultural-historical reasons, it has been necessary to expand on the Commission’s concept of ‘works’. We say ‘12 Danish works’; however, the music committee has replaced a few of the individual works with groups of smaller pieces.

Those that correspond to a principal work within the other artistic styles are those musical scores that are performed at symphony concerts and opera performances; works that are performed over entire evening or represent a major part of a symphony concert. On the list of popular music, a work can in part correspond to a CD release. In both cases, this concerns works that have such major significance, and are so comprehensive, that you can discover something new every time you listen.

In the classical column, we have selected both older and newer works, including two rediscovered works that have proven to be, or will prove to be, principal works. The demarcation for a work to be considered was that the composer must have been born before 1940. In the popular music column, only works released before 1990 have been considered.

Some of the principal works (in both columns) have some time ago acquired their own authority – as if within them, one can hear Danish music’s own voice. This applies to works such as Weyse’s songs, Drot and marsk, Elverskud and Maskarade – and in the popular music column: Benny Andersen’s Svantes viser and Kim Larsen’s Værsgo.

The works in the canon for music are:
• Main works that have a great deal of weight and are so extensive that you can explore them again and again
• smaller works that together represent indispensable, vital main flows in Danish culture
• classic works: only by composers born before 1940
• popular music: released before 1990

However, music culture also contains smaller forms, songs, folk songs, dances and single movement pieces that have to a major degree created identity and tradition without always being part of a concert repertoire. They have a very large distribution among listeners and can be of high musical quality. We often speak of music as ‘applied’ art – music played at parties, gatherings, theatre performances or at home. It is characteristic of music, in Denmark in any case, that the ‘higher’ forms or classical music have almost always had contact with these more popular genres. Carl Nielsen, for example wrote major, internationally acknowledged symphonies, whilst at the same time, with his release of the Højskolesangbogens Melodibog for schools, renewed popular community singing. Some of the early major works in Danish music are also inspired by popular songs or folksongs.

Most of the smaller works are, individually, not principal works; however, together they represent vital and essential mainstreams in Danish culture. This applies to Hans Christian Lumbye and the selection of Danish songs that are both associated with two now-world-famous Danish institutions that were founded 16 months apart in 1843-44, and both of which were democratising: Tivoli and the Danish Folk High School. And in regard to the popular music list containing works by Kai Normann Andersen and from Danish golden age jazz: individual numbers would not do this music adequate justice. The short pieces or numbers can however offer a fullness warranted by their quality when listened to in context.

And in this category that some might disrespectfully call ‘trivial music’, there is a great deal to be gained when the best and most catchy melodies – the schlager songs – are placed alongside each another. It has been crucial for the committee to present a picture of Danish music as a collective universe which, at a minimum, stretches from ‘To Lys på et Bord’ to Pelle Gudmundsen-Holmgreen’s Symfoni-Antifoni.

Connoisseurs of classical music maybe left wondering why some almost-canonised, composers do not appear on the list. The committee has considered that its task has been to highlight works that are essential and interesting to everyone who wishes to begin to listen to classical music. Anyone wishing to find out more, can move on to Buxthehude’s outstanding organ works, to the vivid stage music of Kuhlau, Horneman and Lange-Müller, and to the major symphonies of Holmboe, Koppel and Nørholm – to mention just a few.

In the same way, in the popular music column, you will not find songs or albums from names such as Aage Stentoft, Thøger Olesen, Skousen & Ingemann, Steppeulvene, Sort Sol or even D-A-D. This must not be taken to mean that these names do not have value or durability, as some of these names are so very much a part of the soundtrack of their time and place that it has been tempting to categorise some of them as timeless. We have had to resist the temptation, because every canon, including this one, reflects the present. We stand by our selection, with all the charm and limitations it brings. The music will surely survive.

Throughout, we have focused on the idea that a culture canon is first and foremost a portal to inspiration and further interest, where each work points towards other, related works within its genre. It is not a tool for keeping the good society in and the less good out. 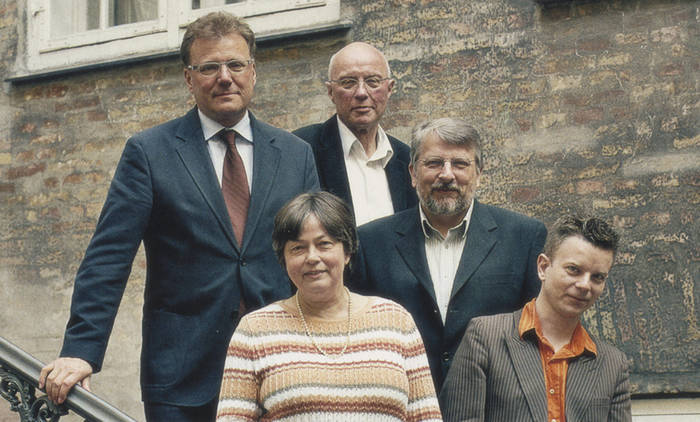 See all the works in the canon for Score Music

See all the works in the canon for Popular Music