We knew from the very beginning that the film committee’s work would be fundamentally different from the other styles of art. Where they have made their selections based on an enormous range of material, we only had a small handful of films that could even be considered. What we were not prepared for was that we would have so many proposals for candidates to the list. The path to the final list has been surprisingly long and characterised by strong debate – something that we hope will continue.

We have had many discussions as to whether it was proportional to have a canon in our area, as Danish film is somewhat insignificant in relation to the other styles of art and also in relation to film art in an international context. We came to the conclusion that if it was to give any meaning, we would have to create a canon that focused on Danish film in the respect that film – in the optics of fiction – is able to reflect the Danish reality. We have therefore chosen to make this our most important pivotal point: that the films should specifically reflect a Danish reality, with Danish actors and references.

There is an inbuilt topicality in all films. Watching an old film is almost as automatic as flicking through old family albums
The Committee for Film

Film is – for good or ill – bound up with the physical reality by its very nature. Film gives us a unique and specific insight into how the world appears – or once appeared. It is only the Danes that would make the effort to reflect the Danish language, the people that speak it (or struggle with it…) and the physical surroundings that these people move around in.

However, we did not want to stipulate definitive criteria for this Danishness. Instead, we have taken a starting point in concrete discussion and evaluation of individual films, and this process has led to the inclusion of the film HUNGER, despite the fact that it takes place in what is now Norway’s capital city and has a Swedish actor in the principal role. Take that as a point for discussion!

From the start, the framework for our film selection intended to only include long fictional films; however, it would be possible to create an equally important canon for documentary films and short films. We were somewhat vexed that this demarcation meant that some of Denmark’s most important filmmakers such as Theodor Christensen and Jørgen Leth did not make the list, but they shall in any case be mentioned here.

Danish film has too little and irregular production to enable us to include a historical film selection criterion and we wished to prioritise the films that we believe are best seen with contemporary eyes. For the same reason, we have not gone for a broad representation of genres. Despite the limited range of films, we have aimed to only have one film by each director. The exception that proves the rule is Danish film’s undisputed master Carl Th. Dreyer, whom we have allowed two films that show extremely different aspects of his genius.

Even the best films are of their time and age quickly; there is an inbuilt topicality in all films. Watching an old film is almost as automatic as flicking through old family albums, because the story is bound up to direct here-and-now images of reality, in a literal sense. No matter how hugely symbolic or mythological the story is, it is incarnated by the actors, who we almost know better than our own family. In this canon, you can thus see Karin Nellemose as an older schoolgirl in the silent film ‘Du skal ære din Hustru’ and as the tousled Misse Møhge in ‘Matador’ 45 years later.

It is not only the actors that age, but our physical surroundings also change. During certain passages, you forget to concentrate on the plot, because the camera suddenly sweeps across the town square as it looked before the world went awry, or because you are distracted by the fashions or car models of the time. What is also striking is how much the production period of the film plays a role in the look of the film, regardless of whether the film is about a historical era.

This limitation period is also notable in the tempo of the story. A number of films that we remembered as masterpieces, we found to be terminally long-winded upon watching them once again. Does this reflect the natural development of film language or is it a time-limited phenomenon – that everything now has to move so fast?

The movies on the cannon list are:
• long fiction (ie not documentary or short film)
• in Danish
• films that more or less directly reflect a Danish reality
• Made with a cinematic craftsmanship, more than just good craftsmanship
• The best seen with today's eyes
• Produced before 1998

Some of the films that we have reviewed have indeed been significant in their time; however, they are also inescapably bound to it. In general, it has been our experience that if the films are not firmly in the hands of skilled film artists, despite interesting themes or impressive actor performances, they have not survived the test of time. This has affected the representation of such notable film actors as Ib Schønberg and Dirch Passer, because in our evaluation, their films, as a rule, only come to life in the particular passages in which they demonstrate their brilliance.

Seven of the 12 selected films are based on stories created for the theatre or in literature. It is only in more recent years that we have acquired a tradition for writing original film stories directly for the big screen. In this respect, film leans upon the theatre and opera tradition in adopting stories that were originally created for another style of art; however, a contributing reason is of course that in using popular classics as a starting point, the filmmakers have hoped to guarantee for themselves a larger audience base.

Film is a suggestive medium and this makes it additionally difficult to arrive at a matter-of-fact assessment of their artistic level. We have had to realise that the experience of a film depends to a major degree on the context in which it is viewed. For the same reason, it has been even more interesting to revisit all of the films in connection with our work. Many of the films that we believed would be natural candidates have had to be excluded; however, we have also come across a couple of pleasant surprises along the way.

We have chosen to draw a line after the first approximately 100 years of film, in 1998. We do not believe that we have acquired the necessary distance to be able to evaluate many of the good films from the most recent productive years. We are, however, certain that this means that our list has a limited durability and that only a few years will pass before this canon will require a thorough revision. Until then, we hope that it will contain material for both new discoveries and discussion! 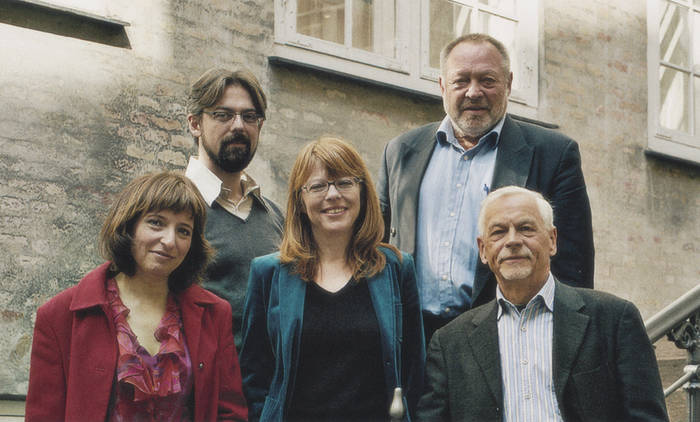 See all the works in the canon for Film